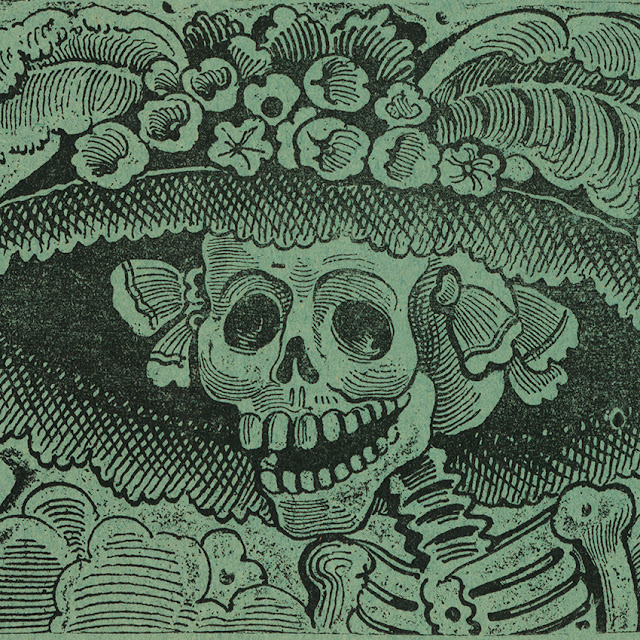 Présentation de l'exposition par le Bellevue Arts Museum
Posada was born in the city of Aguascalientes, where his father worked as a baker. After a childhood that exposed him to a number of different crafts and trades practiced by his brothers and relatives, he showed promise in the arts. In 1870 Posada found work in the studio of José Trinidad Pedroza, where he learned lithography, engraving, and related printing techniques and produced a wide range of illustrated publications. Two years later, Posada and Pedroza relocated the business to León de la Aldamas, Gunajuato. Over the next fifteen years, Posada’s career developed and he became known for his skill as an illustrator. In 1888 León was destroyed by a flood and Posada moved his enterprise to Mexico City.
Posada arrived in the capital during the transformative, modernizing age of Porfirio Díaz’s lengthy presidency. Transportation, industry, income, and literacy rates improved markedly, which was beneficial to the publishers and printers. Posada worked briefly for Ireneo Paz (grandfather of Octavio Paz) and a number of other publishers before he earned a position at the Tipografía y Encuadernación de Antonio Vanegas Arroyo, where he would create much of his career-defining imagery. Here he met the illustrator Manuel Manilla, who was also employed by Arroyo. Manilla appears to have introduced Posada to the calavera imagery that Posada was to develop significantly over the course of his mature work. On occasion, Arroyo published their respective calaveras on the same broadside. Not surprisingly, their close working relationship has led to confusion among scholars regarding the authorship of many of the prints published by Arroyo at this time.
Trained in lithography, intaglio, and relief printing, Posada had remarkable facility as a printmaker and as an illustrator. Although well versed in the elegant European (largely French and art nouveau) style of lithographic printmaking, Posada was perhaps most daring when he worked aggressively and coarsely with burin and acid. He combined these apposing printmaking skills to create imagery that was rooted in quality draftsmanship and expressed through a forceful, bold technique. This is perhaps most evident in his satirical representation of Don Quixote cutting down an army of calaveras or bicycle-riding personifications of the city’s leading periodicals.


Posada spent the rest of his life working in Mexico City, producing a vast array of images for Vanegas Arroyo and other publishers and gaining a well-earned reputation for his inventive and striking designs. Although Posada’s total graphic output is difficult to measure precisely, his works number in the several thousands.
Posada died in 1913 and was buried in a pauper’s grave. Although he was little remembered in the years immediately following his death, Posada’s importance in the history of graphic arts in Mexico was first recognized by Jean Charlot, who championed him and played a key role in preserving, collecting, and publishing much of the artist’s work.